Over 1400 teams from 32 states and 16 countries competed at the 2014 Destination Imagination Global Finals.  The Montana teams all came with the goal of doing well, having fun, and meeting people from around the world. 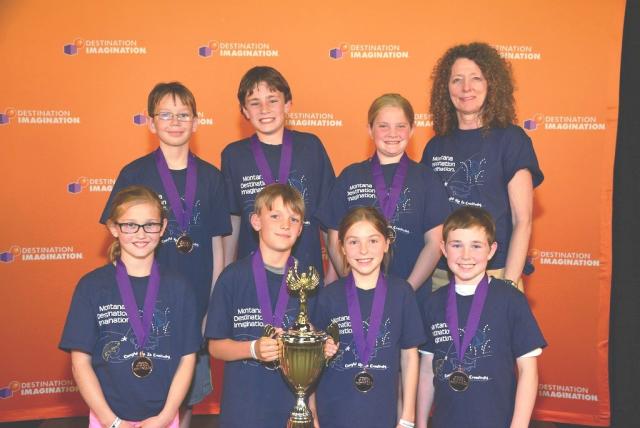 Congratulations to the Magnificent Microbes from Manhattan Christian.  They placed 3rd in the Elementary Level of the Going to Extremes Challenge. They presented a magnificent performance despite an equipment failure just as time began.  Quick thinking and teamwork allowed them to contiune without letting the audience know there was a problem.

The Irving Smartateers placed 14th out of 91 teams in the Elementary Level of the Improvisational Challenge, Pandemonium.